While he was focused on winning the gold medal, Pin humbly acknowledged his defeat in the finals of the Master 3 Light Featherweight Purple Division of the tournament, held Sept. 1-5 at Silver Spurs Arena in Kissimmee, Florida.

“Actually, gold is the only color I want but still, I am grateful and I am celebrating this win. I accept my defeat,” Doctor Pin said as he thanked his team, including Gracie Humaita Redlands Team and Professor Marcus Norat.

His wife, Hannah, who witnessed Doctor Pin competing against fellow jiu-jitsu champions, said that her husband is a warrior and a leader.

“You wanted the gold for sure but to stand on the podium is a great accomplishment, too. The focus, the training and the mindset that goes into this competition. You are a warrior and a leader. Keep inspiring, keep leading the way. I am with you always,” Hannah told her husband after the tournament.

Diego is the only Negrense to reach such level of victory in the art of Brazilian Jiu Jitsu.  He now has two gold medals and a silver from the Pan-Ams. He also ranks No. 1  in BJJF Master 3 No Gi Light Featherweight Purple in the World.

Pin is the son of Dr. Crispina Vedra-Diego and the late Sany Diego.

He is an outstanding alumnus of the University of Negros Occidental-Recoletos in Bacolod City, and won the Master 2 Light Featherweight Division in the American Open 2021 of the Jiu Jitsu World League, held in the Sahara Event Center in Las Vegas, Nevada, on May 1.

He trains at the Gracie Humaita Redlands in Redlands, California and owns the academy, where he also serves as a coach, and currently its chief executive officer. — NND 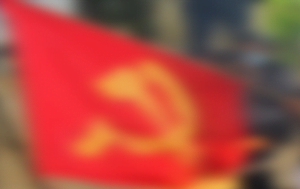